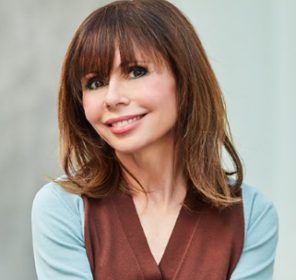 It all started with a baby and a book. Heidi Murkoff conceived the idea for What to Expect When You’re Expecting during her first pregnancy, when she couldn’t find answers in the books she turned to for much-needed advice.

Just hours before delivering her daughter Emma, Heidi delivered the proposal for a pregnancy guide that would help other expectant parents sleep better at night. She was a mom on a mission — a mission that was only getting started.

Dubbed the “pregnancy bible,” What to Expect When You’re Expecting has more than 22 million copies in print. Now in its 5th edition, the book hit a publishing milestone in June of 2015 when it became the longest-running title of all time on The New York Timesbestseller list, a record it still holds. USA Today hasnamed it one of the most influential books in a quarter century — also reporting that it is read by 93 percent of women who read a pregnancy book.

In 2005, Heidi expanded the What to Expect (WTE) brand online with WhatToExpect.com, which currently registers over 60% of U.S. pregnancies and features the #1 rated pregnancy app in the App Store. WhatToExpect.com is home to an active and engaged community of more than 20 million moms, with an average of 800,000 new posts each month, a new post every two seconds, and the average user visiting 14 times a month. The app offers personalized weekly content and videos by Heidi, and she also connects daily with her WTE family through Facebook, IG and Twitter where she personally answers questions.

In 2012, Heidi’s iconic book became  a feature film — “What to Expect When You’re Expecting” — and she served as executive producer. The film, a comedy that stars Cameron Diaz, Jennifer Lopez, Chris Rock, Rodrigo Santoro, Matthew Morrison and Elizabeth Banks, features five couples whose intertwining lives are turned upside down by impending parenthood.

Heidi’s passionate commitment to the health and wellbeing of moms and babies led to the creation of the What to Expect Project, a nonprofit organization dedicated to helping moms in need have healthy pregnancies, safe deliveries and healthy babies. With a beautiful, culturally appropriate, research-based low-literacy pregnancy guide, supportive curriculum and training for health care professionals and staff in clinics, the WTE Project’s groundbreaking Baby Basics — available in English, Spanish and Chinese — has been distributed over 900,000 expectant at-risk moms-to-be and babies. The Project also partnered with the State Department to bring the Basics book and program to Liberia and Bangladesh and plans to expand the program to Nigeria.

In 2013 Heidi, Erik and the What to Expect Project teamed with the USO to create Special Delivery, a program that celebrates and supports expectant military moms serving far from family and friends. Heidi has hosted more than 200 Special Delivery baby showers — complete with lunch, games, gifts, a Q&A and lots of hugs — for more than 25,000 military moms, both active duty and spouses, around the world, from Germany to Japan, Korea to Guam, Texas to Kansas, Alaska to North Carolina. The showers were held virtually during the pandemic, but are now being held in person again.

Special Delivery Dad’s Edition showers — also hosted by Heidi and featuring dinner, games, gifts, photos and hugs — celebrate military dads-to-be at bases around the world. Both the mom and dad showers offer parents not only the chance to connect with Heidi but with one another, helping them create vital local networks of friendship and support. Reunions with Heidi and military families keep the love going and growing.  Along with the WTEP, Heidi actively advocates for military moms, maternal health in the military, and the wellbeing of military families, and  has successfully brought several pieces of legislation to the 2021 NDAA, which were enacted into law, including the Doulas Under Tricare Bill.  On June 23, 2022, Heidi and Erik received the Elizabeth and Zachary Fisher Distinguished Civilian Humanitarian Award for their support of military families They were nominated by the US Navy and were presented with the award on behalf of the Department of Defense by the Secretary of the US Air Force, Hon FrankKendall at a ceremony at the Pentagon’s Hall of Heroes.

The What to Expect Project has expanded its mission globally to reach the most vulnerable moms around the world, to help ensure the care, information and support they need to have healthy pregnancies, safe deliveries and healthy babies. Heidi and Erik have traveled to some of the world’s most devasted areas, including South Sudan, Sierra Leone, the Somali and Syrian borders, Bangladesh, and rural India, working with International Medical Corps and Jhpiego to help deliver desperately needed maternal healthcare and training.  In her many visits to the field, Heidi has hugged her way through many dozens of villages, training facilities, refugee and POC camps.

In 2015, The What to Expect Project debuted the social media advocacy campaign #BumpDay with founding partners International Medical Corps, 1,000 Days and the United Nation Universal Access Project  and in collaboration with WhatToExpect.com. This hugely successful and impactful campaign celebrates beautiful bumps and healthy pregnancies around the world, while raising awareness about the overwhelming need for more equitable maternal health care both in the U.S. and globally. Since 2020, #BumpDay has focused efforts on reversing the unacceptable (and escalating) rates of maternal mortality and equally unacceptable and widening gaps in care among Black moms, AI/AN moms, and rural moms living in maternity care deserts in the U.S.

#BumpDay invites moms and others who love mothers from around the world to post photos of their bumps (past or present, theirs or one they love) on Instagram and Twitter while sharing messages of support for their mom sisters. The campaign has been shared by influencers from Olivia Wilde to Christy Turlington, Brooklyn Decker to Pharrell Williams, lawmakers (including Senators Coons, Gillibrand, Blumenthal and First Lady of New Jersey Tammy Murphy), as well as hundreds of global health and community health organizations, advocacy groups, and government agencies.

Heidi is a champion of maternal health, meeting and making media appearances with many  leaders in the Senate and the House on issues that impact moms and families – from maternal healthcare and mental healthcare, to family leave and family planning,  She works closely with the CDC, HHS, SAMHSA  and many public health agencies and organizations, and has done multiple interviews for the What to Expect platform with public health experts, including Dr. Rochelle Walensky, Dr. Anthony Fauci and Surgeon General Vivek Murthy. Heidi also sits on the board of the 2030 Collaborative.

In 2011, Heidi was named one of the Time 100 Most Influential People in the World. She has also been honored by Smithsonian Associates with the prestigious John P. McGovern Award, which recognizes contributions to American families, and has been inducted into the Books for a Better Life Hall of Fame.  In 2015, she received the International Medical Corps Humanitarian award, and in 2021, she and Erik were honored with the Jhpiego Visionary Award. Heidi has appeared on hundreds of tv shows, including the TODAYshow, Good Morning America, CNN, The Early Show, Oprah, BBC Breakfast and Good Morning Australia, and was also featured on CBS Sunday Morning. She is a frequent guest on radio and podcasts, and has hosted the What to Expect Podcast with her daughter, Emma.

Heidi’s mission and the mission of What to Expect can best be summed up in her own words: “Motherhood is the ultimate sisterhood. No matter where in the world a mom lives, no matter what her socioeconomic, religious, racial, cultural, political profile, no matter who she loves, what she believes or what she can afford, whatever her struggles and challenges – every mom wants the best for her baby. And every mom deserves the empowering information, empathetic support, and respectful, responsive, equitable and nurturing care she needs to deliver a safe beginning and a healthy future for herself and the baby she loves. No exceptions, no disparities.”

And the mission continues. 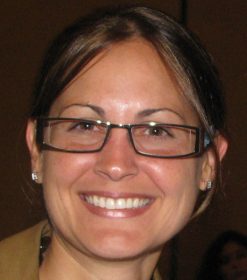 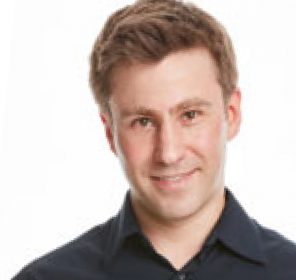 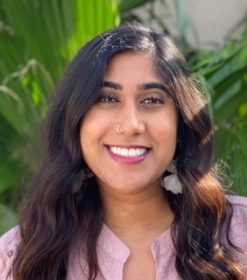 Director of Programs and Impact 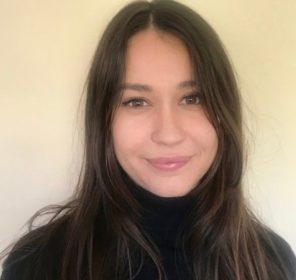 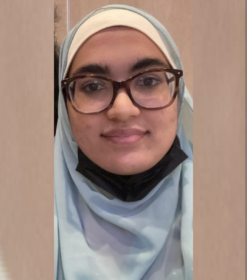